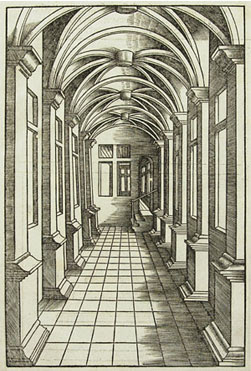 Yesterday I had two meetings, one of which I was dreading terribly.  The first meeting was at the hospital where I was employed for 17.5 years.  When I was walking down the hall, I saw my old boss and waved.  She did not wave back!  I was delighted because I realized that she didn't even recognize me with my new hairdo!  It happened a couple of times.  I went to my daughter's office, she wasn't there, but I walked in anyway.  She came in right behind me - she had seen "some lady" go straight into her office!  When she came in, she realized it was her mama!

Then I went to the meeting with four people I complained about to their bosses last week.  Needless to say, they were not exactly delighted to see me!  I prayed up a storm on my way in.  The meeting was uncomfortable - maybe one of the most uncomfortable hours I have ever endured - aside from being in labor, or getting a root canal.  But I lived through it and at the end, two women who have been rather hostile to me invited me to lunch with them!  We had a nice time, just eating and chatting like human beings instead of worker bees.

I left the restaurant feeling very relieved and happy.  I called my sponsor as I was driving home from work.  We somehow got on the subject of early sobriety and having overwhelming problems that our sponsors helped us deal with.  She talked about a $50. utility bill she couldn't pay.  She called her sponsor thinking she would loan her the money.  Instead, her sponsor told her to call the utility company and tell them she couldn't pay, and make an effort to work something out.  She was surprised and delighted when they were willing to take a smaller payment.  I had a similar experience in my first year of sobriety.  I couldn't make my car payment.  My sponsor told me to call them.  I thought "yeah, great, Bill W. could call his creditors back in the 1930s, but this is 1984, and I owe money to GMAC, they are not going to want to hear my tale of woe."  But I called them and imagine my surprise when they made payment arrangements with me!  GMAC!

Baby steps lead to great strides.  I had to walk into that meeting that terrified me yesterday - and I got to the other side of it.  I feel like I moved forward about 1,000 miles yesterday.

And going to my old workplace was extremely good for me.  I walked into the CEO's conference room and just sort of shuddered.  I had spent so many hours of my life in that room.  In the last few years, they just were not pleasant.  It was good to remember that.

So, I am stepping out in faith again today.  I know God will hold me in the palm of his hand as I trudge forward.  I am grateful.

I am also grateful for your kind comments yesterday.  I felt kind of bad when I got them because writing that I am going to stop blogging is not a thing to do unless I am really going to stop.  Yesterday I thought I would.  Today I feel like myself again.
Posted by Mary Christine at 5:53 AM

Glad that things are feeling better Mary and that the meeting went well. You have proved once again that "It works if we work it".

Glad that the meeting turned out well. And that your worst fears were silenced. That's good stuff.

Most days I wake up to read you and Mr. SP before I even hit my knees or meditate. Do what is best for you but know that this selfish self-centered long timer would miss you something fierce if you stopped blogging. No pressure right?
Keep on trudging :)

Gosh, I was gone all day yesterday and haven't gotten caught up yet. So I know noting about your stopping blogging...but I would miss you terribly MC.
I'm glad you are liking your new look. There is nothing worse than getting a new look and then wanting to hide under a hat.
There is SO much to be said, for getting to the other side of things that come along in our lives.
Glad you are still here and feeling better.

So funny, came to your post today to make sure you were still here. (As if you won't be.) Got my post up today with you in it. http://soberidentity.wordpress.com/2012/05/01/embracing-the-help-of-others/#more-111

Thanks for the inspiration.
Lisa (aka Sober Identity)

"baby steps lead to great strides..." I love that.

Mary Christine
I am a sober member of Alcoholics Anonymous.

I Write Like by Mémoires, journal software. Analyze your writing!